Called by God in childhood, Pastor  Doug Clanton holds two Theology Degrees from Christian Life College, Stockton, CA. He has been involved in some form of ministry throughout most of his life. Born into an  Assembly of God family, he comes from a long line of Pentecostal pastors and  Evangelists. He began  preaching as a teenager and held his first position as Minister of Music at a  United Pentecostal church in Eureka, CA at age 16. Several other music positions followed, and he was also Associate Pastor of East Valley UPC in San Jose, CA for a number of years.
Also a published songwriter. His song, "It Doesn't Matter Who You Are" has been recorded by many gospel artists including The Greene's, Ivan Parker, and most recently by Bishop Paul Morton and Bishop T.D. Jakes on the 2005 Grammy nominated CD, "He- Motions". He has traveled extensively throughout the country  in music groups such as "The Light Company".  He continues to write music that is used here at RPA.
In 1997 he founded Apostolic Revival Ministries. I Peter 4:1 says to "ARM yourselves likewise" with the mind of Christ. This ministry was  dedicated to "arming" the people of God with the spiritual weapons to fight this  end- time battle. The major thrust of ARM was to bring the message of  Pentecostal power to anyone hungry for the same experience received on the day  of Pentecost that numbered more than three thousand and continues to this present era. Many were filled with the Holy Ghost, healed, delivered and  encouraged through his traveling ministry that broke the chains of deception and  let the captive go free.  ARM crusades included music ministry, preaching and  operation in the gifts of the Spirit.
In 2000, Rev. Clanton was one of two founding presbyters of Reconciling Pentecostals International or RPI, and served as Chief Presiding Presbyter for many years.  He continues in leadership as  Presbyter Emeritus. Pastor Clanton is honored to hold his ordination with Reconciling Pentecostals  Int'l, and RPA is a full member of this exceptional and thriving fellowship.
On November 11, 2001 Rev. Clanton founded Reconciling Pentecostal Assembly. Our first year, services were held in the banquet room of a Scottsdale hotel, and for the next 10 years, we met in a rented church building in Scottsdale. Then in May of 2012 we purchased our first building in the Sunnyslope disctrict of Phoenix, where we worshipped for more than seven years.
In July of 2019 God gave us a sprawling new campus in West Phoenix on 2.2 acres, with five buildings and a beautiful sanctuary!  Our first service there was September 22, 2019, and in conjunction with the move we changed our name to: KingdomGate Pentecostal Church.

KingdomGate Pentecostal Church (KPC) is a thriving Pentecostal church for all people without regard to race, gender, political persuasion,  economic or educational status, sexual orientation, nationality, religious  affiliation, or any other thing that divides. KPC provides wounded Pentecostals and all believers who have felt disenfranchised by the Church, an affirming home  among those of “like precious faith” and a safety net for those in personal,  family, or religious crisis.  We stand together in love and for the glory of  Jesus’ Name, to promote Apostolic truth, Pentecostal worship, righteousness,  counseling, education, evangelism, accountability, and fellowship. If you are searching for Restoration, Purpose, and Anointing in your life you have found the right place! We look forward to meeting you! 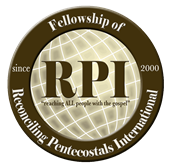